The Scot is favoured to dethrone Novak Djokovic and win his second US Open title. 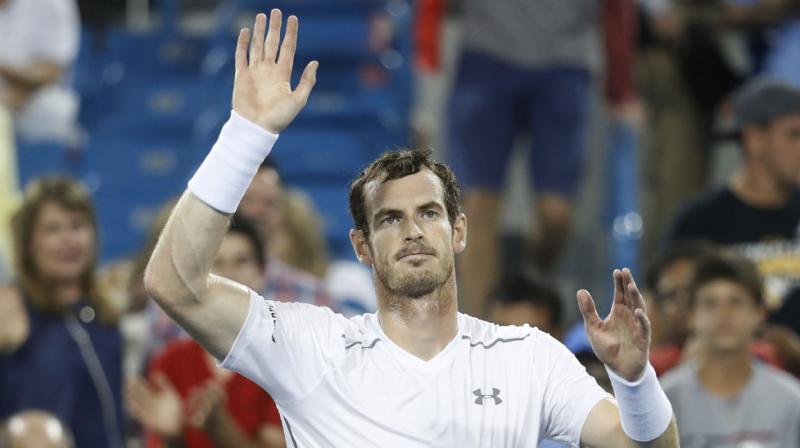 Fresh from his Wimbledon win and Rio Olympic Gold, Andy Murray believes he has a golden chance to add to his three Grand Slam titles at US Open. (Photo: AP)

New York: With a second Wimbledon title in the bag, a second gold medal in his pocket and his biggest rival struggling with injury, Andy Murray believes he has a golden chance to add to his three Grand Slam titles.

The second-ranked Scot, who has lost just twice since early May, is favoured by some to dethrone an ailing Novak Djokovic next week and win a second US Open title, though the Serbian top seed remains the favourite with bookmakers.

At 29, Murray knows that his time at the top is limited and is setting his sights on winning more Grand Slams, sooner rather than later.

“I would imagine if I’m lucky I’d be playing at this level for three, four more years, max, I would think,” said 2012 champion Murray.

“It’s not easy to do that. I hope I’m still playing like this when I’m 38 years old but it’s pretty unlikely so I’m actually using that as a positive that you have to make the most of every opportunity.

“It’s a slightly different mentality to maybe when you’re younger and like you feel like you have a bit more time on your side.

“I want to make the most of every tournament I play in and try and win and achieve as much as I can the next few years.”

Murray could hardly have arrived in better form, having won four titles this year, all of them since May.

A reunion with his coach Ivan Lendl in June sparked immediate results with victory at Wimbledon but Murray said becoming a father for the first time, back in February, may also be a reason behind his form this year.

“Tennis isn’t the most important thing in my life anymore,” Murray said.

“Probably when I was younger and didn’t have a family, then it was the most important thing. I think having that different perspective helps a lot.

“Maybe I am not putting so much pressure on myself and before a match I’m not stressing as much as I used to.”

Murray begins his challenge against Lukas Rosol, the Czech who beat Rafa Nadal at Wimbledon in 2012.

After a quick turnaround from Rio to Cincinnati, where he reached the final before losing to Marin Cilic, Murray took a couple of days off to rest and said some minor shoulder soreness was no longer an issue.